Paradigm of Transformative Change lies at the core of EPF’s Human Rights Program: EPF works on changing the structural causes of intolerance, violence and discrimination, as well as the attitudes and behavior of actors. Critical thinking methodology – deconstructing stereotypes, opening up tabooed discussions, changing imposed narratives and perceptions, challenging the notion of ‘the other’ – is a key to addressing issues of minority rights, non-discrimination and freedom of expression, areas which are at the foundation of EPF’s Human Rights programming.

Thinking and conceptualizing behind each project is based on EPF’s conviction that contextual, cultural and political drivers of Human Rights violations should be addressed in the first place. Thoughtful study of a problem, close cooperation with all counterparts and beneficiaries, looking for out-of-box solutions are some of the instruments EPF applies while designing and implementing projects. Since EPF is a think and do tank, it works full circle from research to policy advice and implementation.

The study conducted by EPF for the Council of Europe looks into cases of discrimination against children from ethnic and religious minority groups in Armenia. The particular purpose of the study was to learn what children and young people themselves think about discrimination and intolerance, since almost all other studies conducted so far have been based on experts’ surveys, and rarely reflect children’s opinions. Based on hands-on evidence, case studies and findings of previously conducted desk research, the report presents recommendations on the protection of the rights of children from ethnic and religious minority groups, and conclusions which would contribute to the reduction in cases of discrimination and intolerance in Armenia.

What is, actually, discrimination and what are the manifestations on unequal treatment? Is it only responsibility of state or society should play a role? Is it just a minority case? And what is minority…

One society – One Right education film.

Promoting UN Complaints Procedures in Armenia
Enhancement of the Communication Strategy and Professional Media Relations Capacities of the Constitutional Court of Armenia
Increasing Civic Voice and Action for Labor Rights and Social Protection in Armenia
SUB-GRANTS provided within the framework of “Partnership for Justice” project: 2020
Partnership for Justice Reform

SUB-GRANTS provided within the framework of “Partnership for Justice” project: 2020

SUB-GRANTS provided within the framework of “Partnership for Justice” project: 2020
Towards Sustainable Reform: Promoting Freedom of Religion or Belief in Armenia (2018-2021)

Annual Media Award for the Best Coverage on Religious Tolerance

END_OF_DOCUMENT_TOKEN_TO_BE_REPLACED 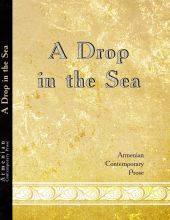 A Drop In The Sea 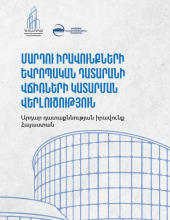 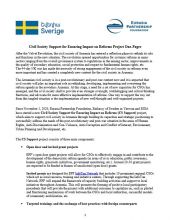 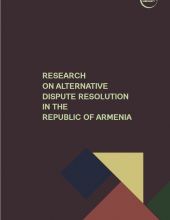 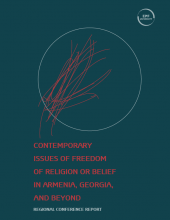 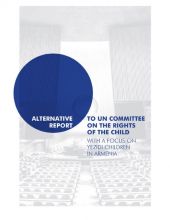 Alternative report to the UN committee on the rights of the child with a focus on Yezidi children in Armenia
This alternative report has been developed through the joint efforts of the Eurasia Partnership Foundation (EPF), the Human Rights Research Center,… 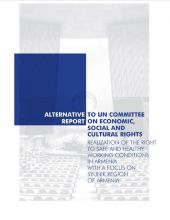 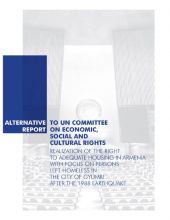 Realization of the right to adequate housing in Armenia with focus on persons left homeless in the city of Gyumri after the 1988 earthquake
The purpose of this Alternative Report is to provide information to the UN Committee on Economic, Social and Cultural Rights (CESCR) on the Armenian… 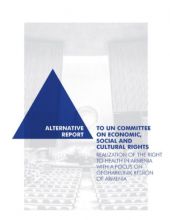 Realization of the right to health in Armenia with a focus on Gegharkunik region of Armenia
This Alternative Report aims to inform the UN Committee on Economic, Social and Cultural Rights (CESCR) on Armenia’s implementation of Article 12 of… 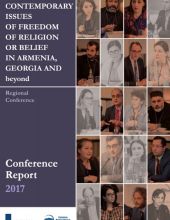 Contemporary Issues of Freedom of Religion or Belief Regional Conference Report
The conference report comprises the key interventions of the conference, which could be used as a baseline for advocating for policy changes in the… 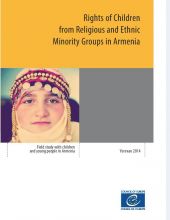 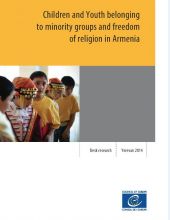 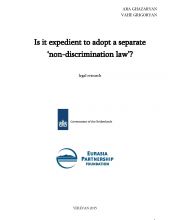