This study is a first attempt to look into cases of discrimination which children from ethnic and religious minority groups face in Armenia in the sphere of social, family, church and community life, in accordance with the United Nations Convention on the Rights of the Child. The particular purpose of the study was to learn what children and young people themselves think about discrimination and intolerance, since almost all other studies conducted so far have been based on experts’ surveys, and rarely reflect children’s opinions. Based on hands-on evidence, case studies and findings of previously conducted desk research, the report presents recommendations on the protection of the rights of children from ethnic and religious minority groups, and conclusions which would contribute to the reduction in cases of discrimination and intolerance in Armenia. 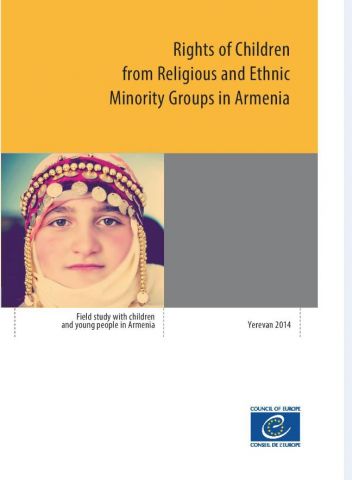