Cross border work is in the core of EPF’s programming since 1998, when the Foundation has established South Caucasus Cooperation Program and strengthened numerous trilateral cross-border partnerships among civic activists, entrepreneurs, journalists, professional associations, educators, and other citizen groups mainly through grant schemes with USAID funding. Starting in 2009, with funding from the UK FCO, EPF has implemented four consecutive Armenia-Azerbaijan dialogue projects. The strategies of those projects are determined by a thorough study of the situation, continued learning and analysis, findings of external evaluations and participant feedbacks.

EPF designs its strategies in a coherent manner. Projects move from one clearly defined issue to another. First, in 2009, EPF implemented Unbiased Coverage of Armenia Azerbaijan Relations project. It aimed at reducing the hate speech, unprofessional coverage and stereotyped thinking, which were flourishing in the traditional media of both countries. The results of the external evaluation proved that the overwhelming majority of journalists who passed through the training tended to take a more neutral position while covering the conflict. Two joint documentaries that generated thought-provoking discussions were produced by participants of the project. A documentary entitled Passenger gathered about 6,000 views online and was screened in different venues in Yerevan and Baku. It is still being actively discussed on-line.

The next stage of EPF’s work, in 2010 and 2011, targeted on-line journalists and bloggers. The internet was making more and more significant inroads in every aspect of the life of the two societies, including the conflict. Preparing a group of internet media savvies who can counteract, as much as possible, the growing ‘internet wars’, became the main aim of the project. It resulted in several internet media products, delivered jointly, including peace cartoons, joint fiction book, women’s narratives blog and others.

A Glossary for journalists was worked out in partnership, in a consensual environment, by Yerevan Press Club (YPC) and Yeni Nesil Association of Journalists (Baku), where the clichés and stereotypes that the journalists use while writing about each other were revealed and alternatives were suggested. This unique resource has a potential of being the basis for all peace journalism trainings that take place with the participation of the media of the sides.

The third stage of EPF’s intervention, entitled “Community Peacebuilding through New Media”, was carried out in 2011-2012. It mainly targeted young people from regions of Armenia and Azerbaijan. It aimed at initiating a dialogue between the youth in Armenia and Azerbaijan through new media and social networks and was co-funded by FCO and Swedish International Development Cooperation Agency (SIDA). Ten small joint online projects were implemented at this stage. A new approach of public discussions-events called “Line of contact” was adopted and four public discussions over difficult topics were held. There were also talk-shows broadcast on Yerkir Media TV on the Article 27 talk show, touching upon controversial topics such as, for example, “To what extent state propaganda influences Armenia-Azerbaijan relations” and generating viewers’ feedback.

In 2013, EPF with support of UK FCO launched its next project, which targets young professionals, students and activists and tends to establishing links between policy-makers and new generation of potential peace-builders. For the first time young people from NK, as well as refugees/IDPs are being involved. As a part of this project, a pilot session of the Conflict Transformation School took place in Yerevan and Baku in September-October, 2013. Joint meeting in Tbilisi and pilot fish-bowl discussion are scheduled for early December, 2013.

END_OF_DOCUMENT_TOKEN_TO_BE_REPLACED 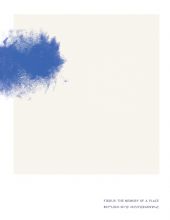 Firdus․ The Memory of a Place Book
Unlike other parts of the city center, the neighborhood and the market, which the locals simply called Firdus, differed in its architectural forms…
END_OF_DOCUMENT_TOKEN_TO_BE_REPLACED