The Eurasia Partnership Foundation’s (EPF) network of information centers spread across Armenia is known as InfoTuns (InfoHouse). The network has been constituted in 2011 as a response to USAID’s proposal to establish a network of youth- and civil society-centered telecommunication centers.

Over the years of its operation, the network has become well known among the local population, Armenian government, and development sector actors. It is one of USAID-EPF’s and their partners’ greatest successes of last years. 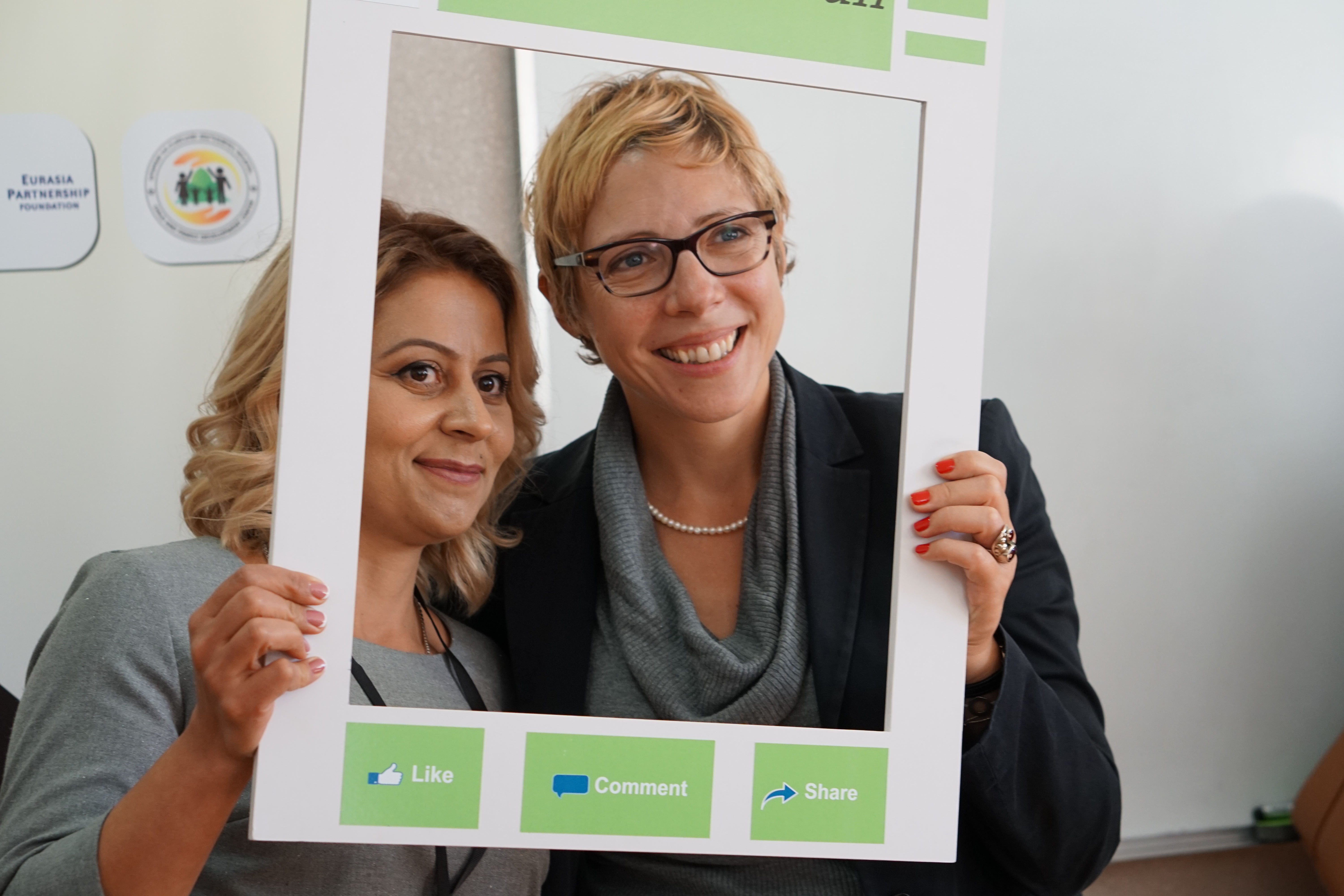 Hosted by prominent local CSOs, the InfoTuns are ran by young community leaders and engage large number of active citizens empowering and supporting them in their initiatives. Unified work methodology and interior design make InfoTuns a recognized brand across the country and among many international actors: USAID, EU, UNDP, Council of Europe, Embassies, as well as the government and many local organizations, who use InfoTuns as resource centers to present their activities and products, or host their events.

The network was established in 2011 within the framework of the USAID funded Alternative Resources in Media (ARM) project. Initially the network was created to boost media literacy and the use of internet and new media among the youth, but not only, in various corners of Armenia. Currently the InfoTuns serve as alternative information hubs, training and initiative centers where active citizens gain knowledge and skills on various aspects of the community life, receive support and consultancy in organizing community initiatives; take part in trainings, presentations, film screenings, flash mobs; as well as communicate and build networks with other active citizens in their communities, across the country and internationally. 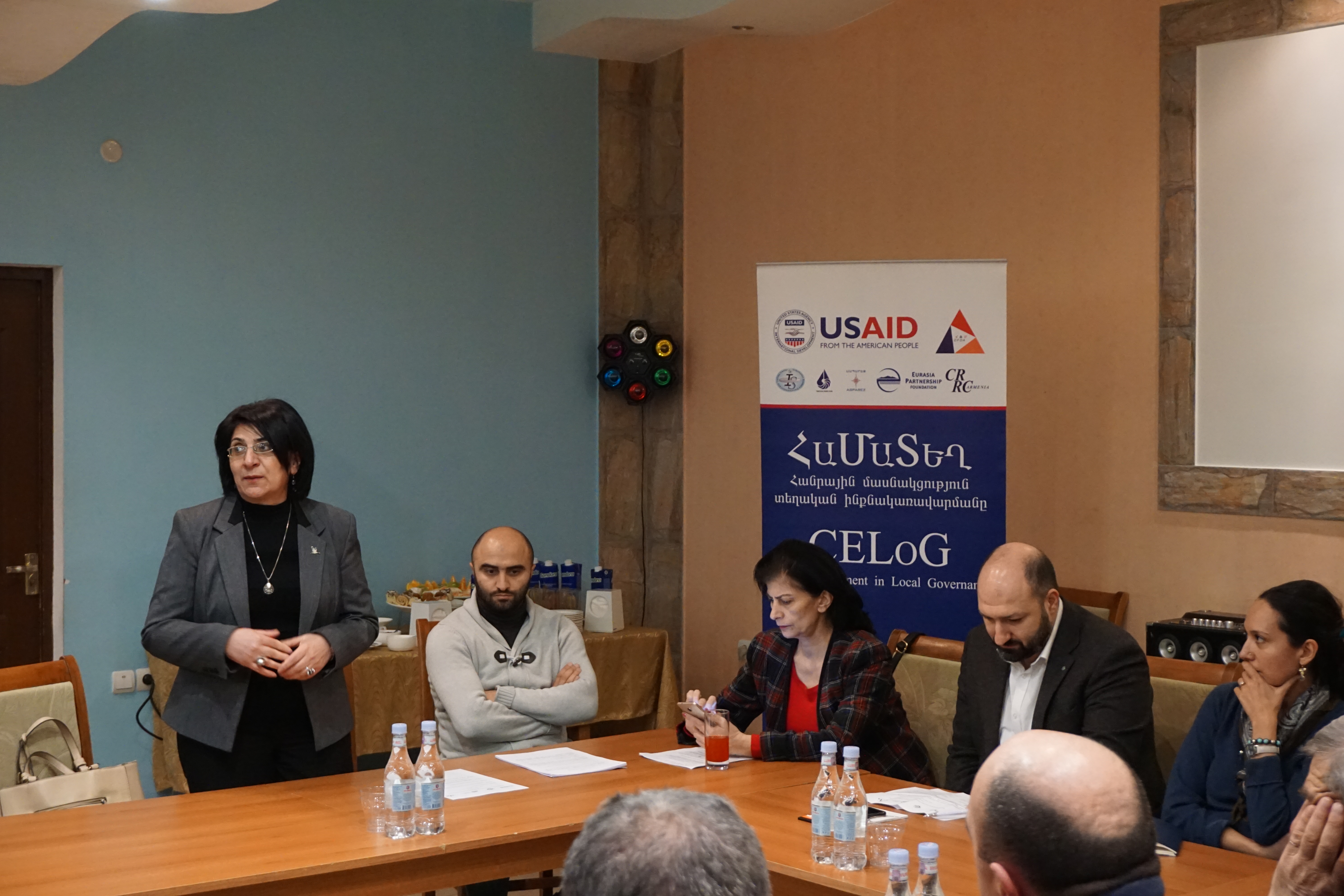 Ever since its establishment the geography of the network has been expanding, and the functional range has been developing and transforming. Since 2014 two next-stage USAID-supported projects, one focused on media (MICE), and another one on local government (CELoG), enriched the network with additional expertise in participatory democracy, media literacy, social service provision, human rights, and anti-corruption.

One of the major aims of InfoTuns is to engage community members, especially but not exclusively youth, in local government (LG). Examples of effective cooperation with local self-government bodies and successful advocacy for positive changes are frequent, due to the growing reputation of the network and its host organizations. Often InfoTuns serve as a key interlocutor and mediator between the community members and local authorities. 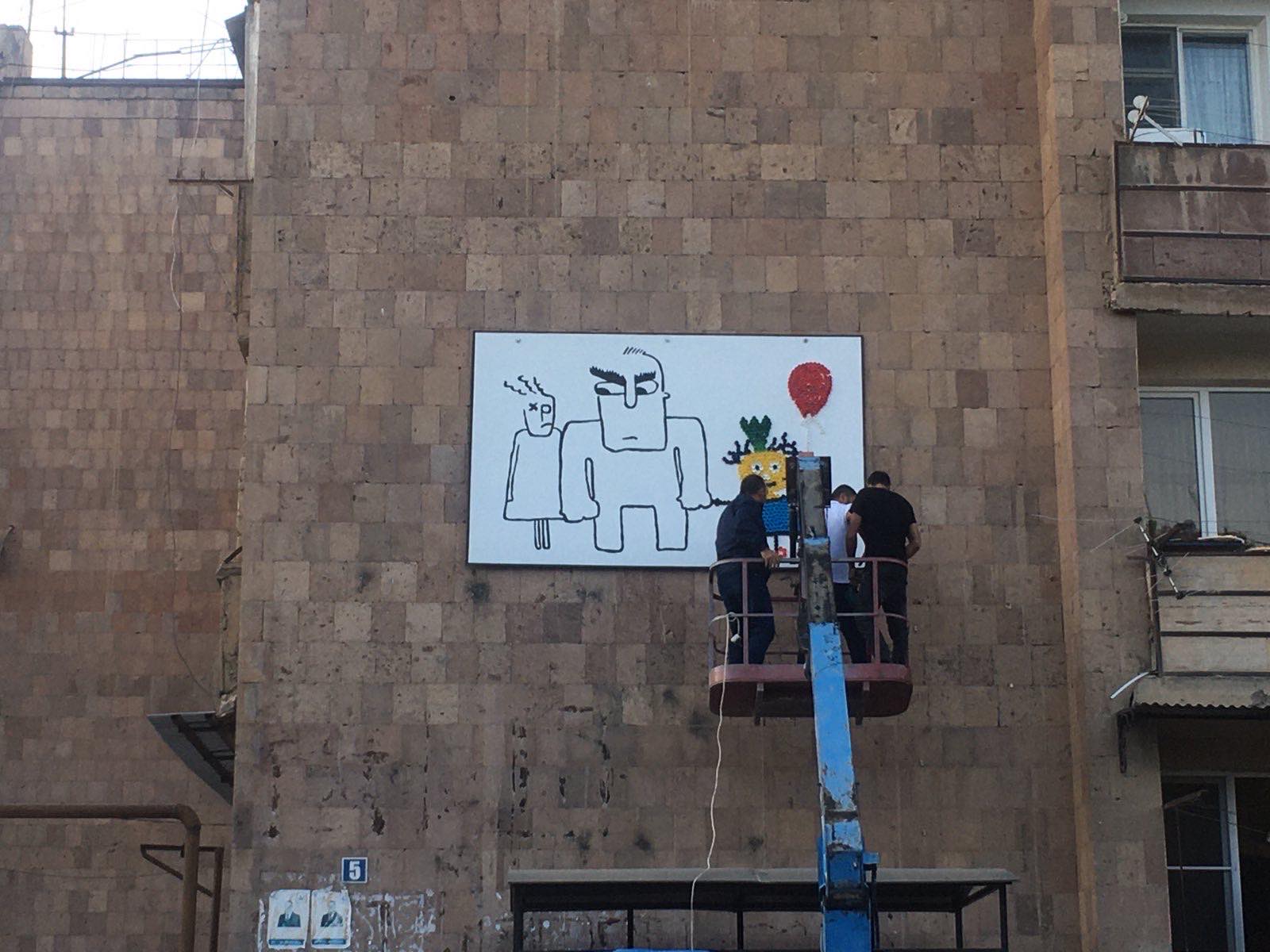 Throughout past several years, InfoTuns have registered achievements in various areas: monitoring of official municipal websites; livestreaming community council sessions; making the work of LGs more transparent and accountable. Particular innovative undertakings include developing and installing a Smart Bin to promote waste management and protection to the environment; developing various formats of street art culture in the communities in order to raise public awareness on such issues as domestic violence, air pollution, water littering  and sex-selective abortions; placement of an eye-catching statue of a bicycle in Martuni and convincing LGs in a few communities to construct separate bicycle lanes to promote healthy lifestyle. 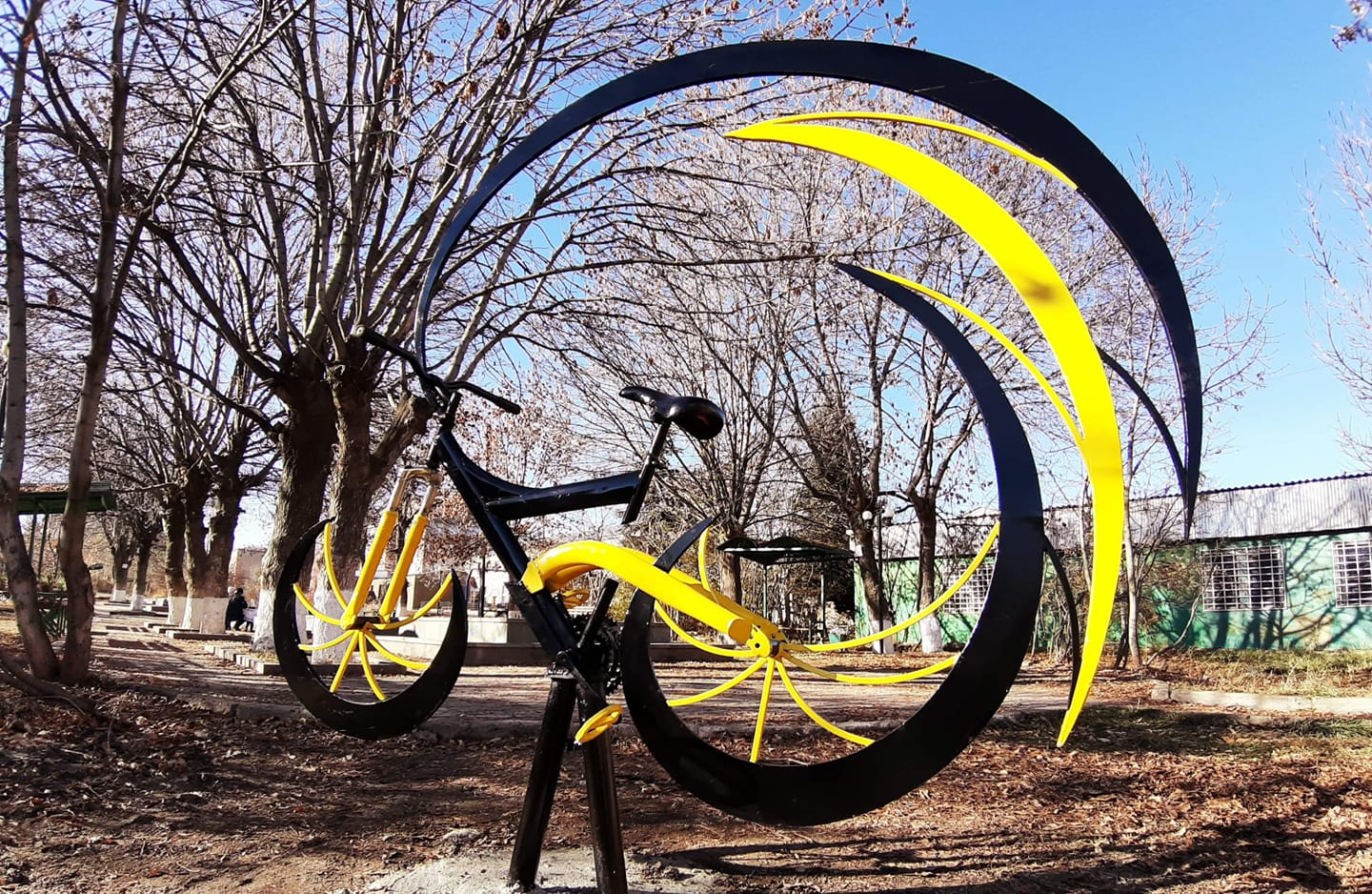 Successful negotiations with some local authorities to allocate part of the local budgets for project based participatory planning, to be led by NGOs and civil society, have been of crucial importance and are planned to be replicated throughout the country. The network’s ideas stem from the leaders of InfoTuns, as well as its active volunteers; one format in which such ideas come into being is called Mardamej. This is an annual event of 3-day duration, which brings together 60-70 young people from all over Armenia, and educates them to be creative and innovative. Some of the above-mentioned projects of InfoTuns have been developed during the Mardamej sessions, and minimally supported by USAID or other volunteer donors. 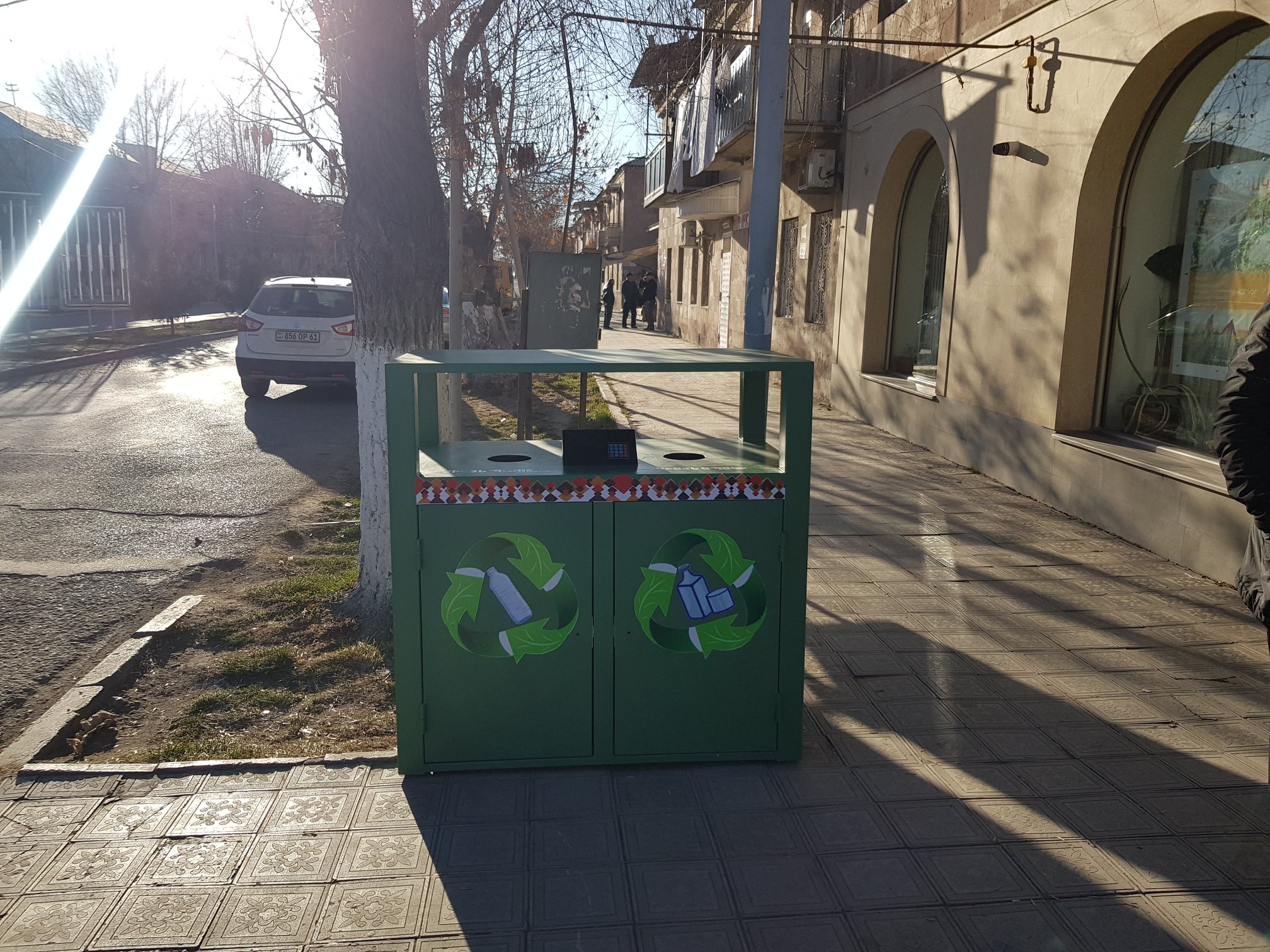 These successes are important, but perhaps the most crucial success has been the continued upbringing and informal education of new generations of community leaders with a strong sense of ownership towards their community and country. This has become possible primarily due to USAID’s multi-year support, provided to InfoTuns. The young leaders continually acquire fundamental knowledge and skills, including but not limited to leadership, project management, media literacy and critical thinking capacities, which are necessary for successful participation in the sustainable development of their home communities.