To enhance and improve access to pluralistic and unbiased information in Armenia via traditional and alternative media through the use of new information technologies, Eurasia Partnership Foundation in cooperation with Internews Network (USA), Internews Media Support NGO and Yerevan Press Club implements Alternative Resources in Media project. The program is made possible by the support of the American People through the United States Agency for International Development (USAID). This four-year project was launched in November 2010. ARM program seeks to increase alternative sources of diverse news and information through an integrated program that builds civic demand for alternative content, supports its production and dissemination and enhances public advocacy on media freedom.

Consultation on problems of Alternative Resources in Media in Armenia

In December 2010, Eurasia Partnership Foundation (EPF) organized a large-scale consultation on Alternative resources in Armenian media. The methodology of a 4-day consultation’s relied on the creative games technologies. The methodology of Creative Games is called Methodology of Systemic Thought-Activity (MSTA). Over 50 Participants including media professionals, NGOs, government officials, the business community, high-tech industry, international organizations and representatives of the general public discussed issues related to the production of content expected by Media consumers, in what cultural environment media is functioning, what are the challenges of the modern digital world as well as the media market approaches. The final report on the consultation was presented to participants and the variety of the stakeholders in February 2011.

In October 2010 an open grant competition entitled “New content through new technologies” was announced. The goal of the competition was to build strong foundations for the development of alternative media and new ways of information dissemination. Not only traditional media outlets, but also NGOs, production companies and individuals were eligible to apply to the competition. The competition was implemented based on a three-tier approach:

•Preparation of innovative content on television, print, radio and online media outlets, and/or the use of multi-media platforms to make such content accessible to an audience using the most diverse of approaches as possible.
•Development of citizen journalism – blogs, social networks, video-audio information conveyed via cell phones.
•Production of video materials – preparation of documentary films, video material, public social announcements

During the first phase of the competition EPF office received 82 inquiries. In accordance with EPF and USAID procedures a professional expert panel was invited to assess the submitted full application packages. According to expert group evaluations 36 applicants were asked to present a full proposal for the second stage. The Expert panel selected 14 organizations of 33 applied as finalists for the competition.

EPF’s Caucasus Resource Research Centers (CRRC) will conduct a representative survey of about 1,500 respondents (16 years and older) in all administrative regions of Armenia. The aim of the survey is to uncover media preferences of the Armenian public; their expectations on media content, formats and other issues; their perception of freedom of media and censorship and their trust in the media. In addition to the quantitative part of the research in-depth interviews will be conducted among media experts in Armenia and focus-group discussions based on the professional groups and interest topics will be held for the qualitative part of the survey. 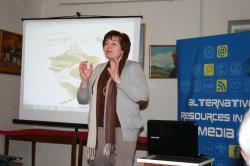 Eurasia Foundation Armenia Representation has launched a Resource Centers for Community Development program in 2005 which was completed by its legacy Eurasia Partnership Foundation in 2009. According to the independent program audit conducted in 2009, RCCD Program has had a significant influence on institutional development of the implementing NGOs. Within the ARM program EPF has committed to create telecommunication hubs in the region on the basis of the RCCDs. As part of the program ARM team has also visited Armavir and Syunik regions and met more than 30 organizations to map the situation before the Telecenter project launch. The visits showed that existing RCCDs have more capacity to serve as telecommunication hubs than any other NGO in the communities. EPF has identified 5 sustainable resource center projects among the list of the 9. Armavir Development Center, Goris Youth Union, Martuni Women’s Center, NGO Center Vanadzor and Sakharov Human Rights NGO Gyumri were selected as target telecenter sites. The selection was based on the sustainability potential and past experience with the sites. 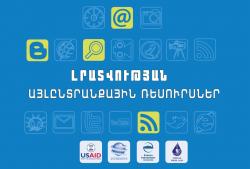 Media program was released on 24th of October.

Eurasia Partnership Foundation as a part of “Alternative resources in media” project organized the “Anchors and moderators training” that was jointly implemented on October 25-30,2011 by EPF and “Internews” Media support NGO.

Master classes on particularities of the relations between hosts and invitees in Armenian talk show were done by the Armenian talk shows anchors Arthur Bakhtamyan (H1 State TV) and Petros Ghazaryan (Kentron TV). The corresponding video materials were presented and analyzed with the trainees.

One pager on Alternative Resources on Media and Freedom of Expression 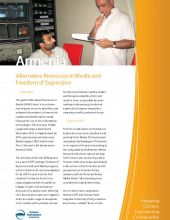 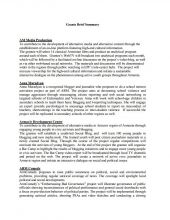 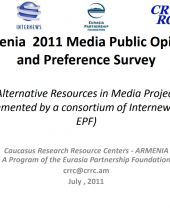 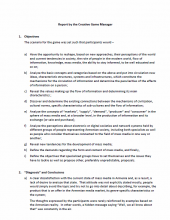 Consultation on problems of Alternative…
The final report on the consultation was presented to participants and the variety of the stakeholders in February 2011.