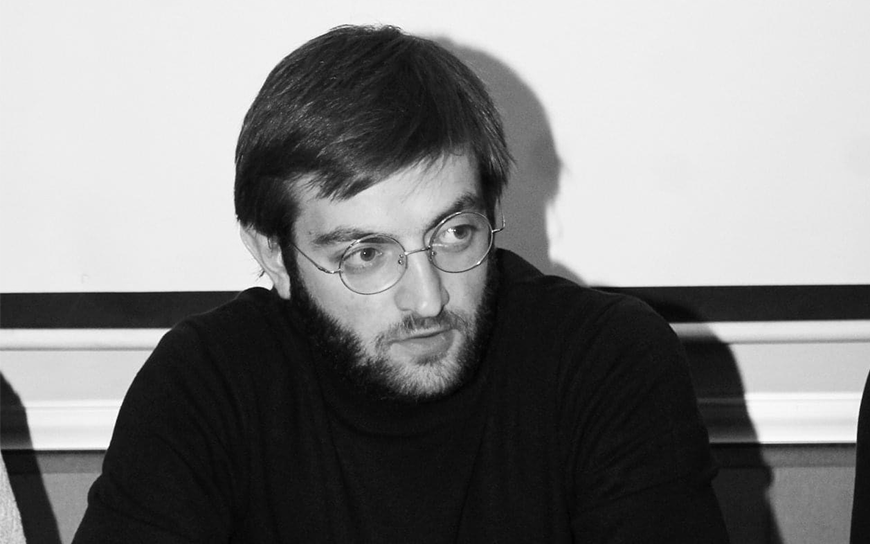 This article first appeared on the European Endowment for Democracy website. Available here.

Last March saw the adoption of legislation in Armenia establishing a new system for student self-government bodies within state universities, which included a provision for the sustainable funding of these bodies.

Part of the new law ‘On Higher Education and Science of the Republic of Armenia’, this legislation was passed thanks to the tireless work of several groups of active students before and after the 2018 revolution and by Restart Foundation for Science and Education, a student movement that has been a driving force for educational reform and anti-corruption efforts. The EU-funded  'EU4Youth: Student Democracy Now!' project and partners have also played an important role in mobilising resources.

Davit Petrosyan, Restart’s co-founder and chief programme officer, explains that in the past, each university in Armenia had one student council. While ostensibly these councils were intended to represent students and to protect their rights within the universities, instead they evolved into the only permissible institutional platform for civic engagement, organising leisure activities and they were closely aligned with the ruling party.

As he puts it, “If you wanted a political career - usually wihtin the ruling party - you joined the student council. But these councils were used to oppress students rather than to protect them, particularly those who tried to fight against the system. Many students faced psychological pressure and physical attacks against them.”

Petrosyan believes that this reform will not just bring change to the university sector; it has the potential to bring positive democratic change to other sectors in Armenia.

“The only way we can really bring about real change in Armenia, the kind of change we wanted during the Velvet Revolution of 2018, is to reform one institution at a time. As I see it, this legislation is not just about reforming the way universities operate. We are just starting with the universities, and reform of other state institutions will follow,” he says.

This is an opinion shared by many others, including those who still resist the reform agenda. The legislation has been adopted by the national assembly and the prime minister, but it has still to be signed off by the country’s president as required under Armenia’s constitution. According to Petrosyan, this reticence on the part of the president, a stalworth of the previous regime, is a strong indicator of the power of this legislation to finally free state institutions of its stranglehold.

“The previous government occupied all institutions in the country and universities were an important part of ensuring the continuity of this system. The former prime minister headed the Board of Trustees, the universities’ main governing body, and the student councils were controlled by the governing party. The whole point of the system was that universities served the government. Universities were not focused on education at all,” he explains. 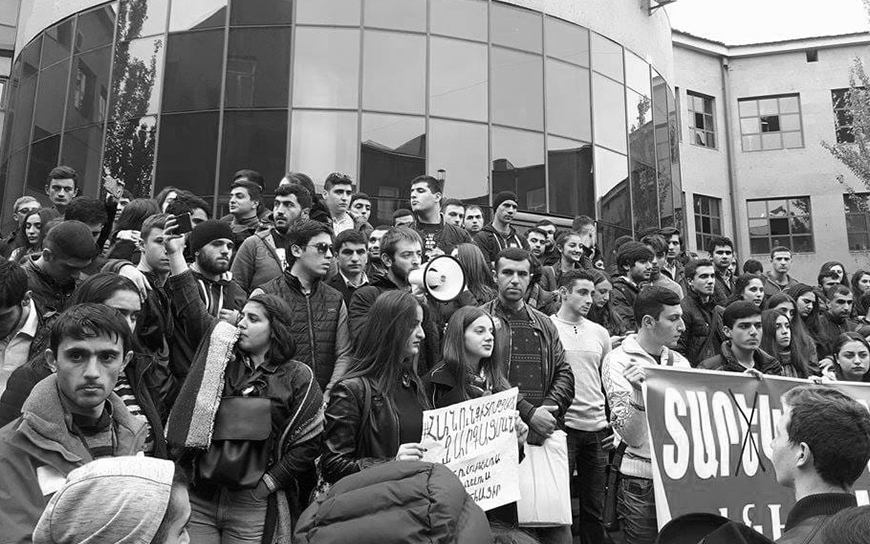 From a focus on army service deferment to student rights

When Restart was initially founded in early 2018, its focus was not immediately on the university sector. Petrosyan had come to the country’s attention the previous autumn during a hunger strike against changes to legislation on deferring army service for doctoral students.

It was his experience of meeting with university management during this campaign, as well as students’ frustration at their lack of rights in a highly politicised university system, one that gave scant attention to educational quality, that prompted the establishment of Restart. Students were key drivers of Armenia’s Velvet Revolution and many believed that real change could start with a vision for a reformed higher educational sector.

He relates that under this new legislation, students now have the right to set up a number of student bodies to protect the interests and rights of students, eliminating the previous monopoly of the student councils. These new bodies can also avail of resources provided by the universities.

He also believes that functional student councils are important to empowering young people and society in the long term and to changing mentalities.

“This legislation gives students an opportunity to be part of the reform agenda. Under the old system, everything was organised to crush any oppositional ideas. It’s important to break out of this kind of institutional thinking and to encourage students to take an active part in problem solving, seeking justice and tackling social problems,” he says.

While he admits that the Ministry of Education and Science have been slow to accept reforms urged by Restart, he believes a real sense of democracy is growing in the country, although this is still an uphill battle. Like many other civil activists in Armenia, the group’s members have frequently been the targets of hate speech by those opposed to any shifting of the status quo.

He goes on to explain, “the government wants to be more democratic, but they sometimes they don’t understand how to do this. It’s a process. This generation of politicians is part of a system that is inherently undemocratic, where you’re only respected if you’re powerful. To act democratically, you have to fight the system as it exists today, but that can be hard to do as the system grinds you down. That’s why it’s a key to start with the universities, as it’s only by educating the next generation that we can be effective.”

EED originally funded Restart as a fledging grassroots initiative. Over the past three years, the association has grown exponentially and is now active across the country with thousands of student volunteers, alongside the Yerevan-based team of twelve. There are also partner Restart organisations in Ijevan and Gyumri as well as seven other non-formal groups across the country.

He relates that he founders of these regional organisations were all inspired after attending one of Restart’s annual camps.

These annual camps focus on what he labels informal education, providing students with the opportunity to acquire skills not taught in Armenian universities, such as critical thinking, media literacy, academic freedom, democratic principles and the rule of law. The team are currently in the final stages of planning their third camp, which will be attended by 120 motivated students. 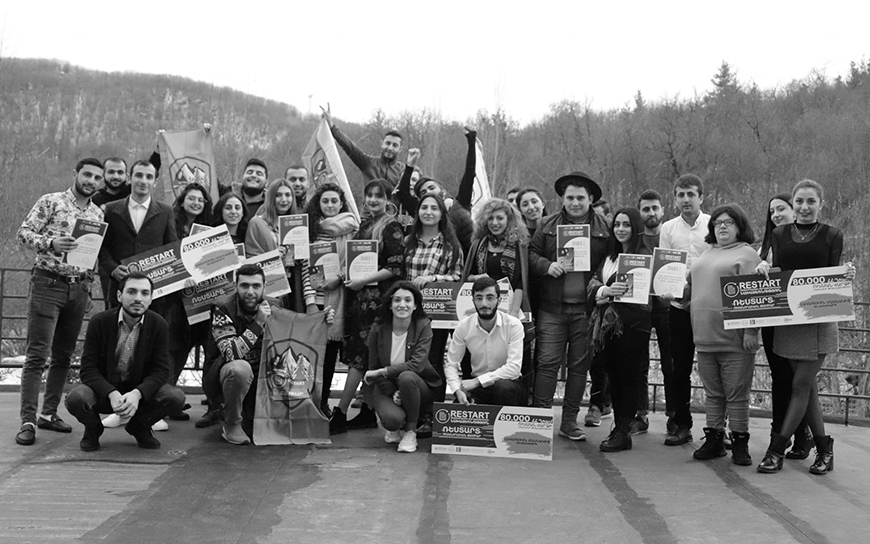 Restart has now established itself as an independent, alternative and safe platform where students can freely voice their concerns and become involved in civic activism. The organisation has organised hundreds of activities to date, from yoga, to biking, debate clubs, to exhibitions, all of which are advertised through their active Facebook page.

Members were also active in informing the public about the risks of the Covid-19 pandemic and in distributing posters and flyers about measures to prevent the spread of the virus; they also distributed masks and developed a number of educational videos about the coronavirus.

Petrosyan relates too that in the aftermath of the Nagorno-Karabakh war, members have been engaged in various projects to improve students’ psychological health.

He believes the success of Restart demonstrates the hunger among students for real democratic change, but he believes that for this to happen, Armenia needs a strong opposition. He is convinced the student council reform will allow students to acquire the experience, resources and knowledge they need to take on this mantle.

Nikol Pashinyan. Guaranteeing the preservation of national, religious minorities’ identity in Armenia is a matter of principled approach for the Government
Mikayel Hovhannisyan elected as coordinator of EaP CSF WG1
Women Can Bring Peace to Nagorno-Karabakh. Anna Ohanyan
04-2019