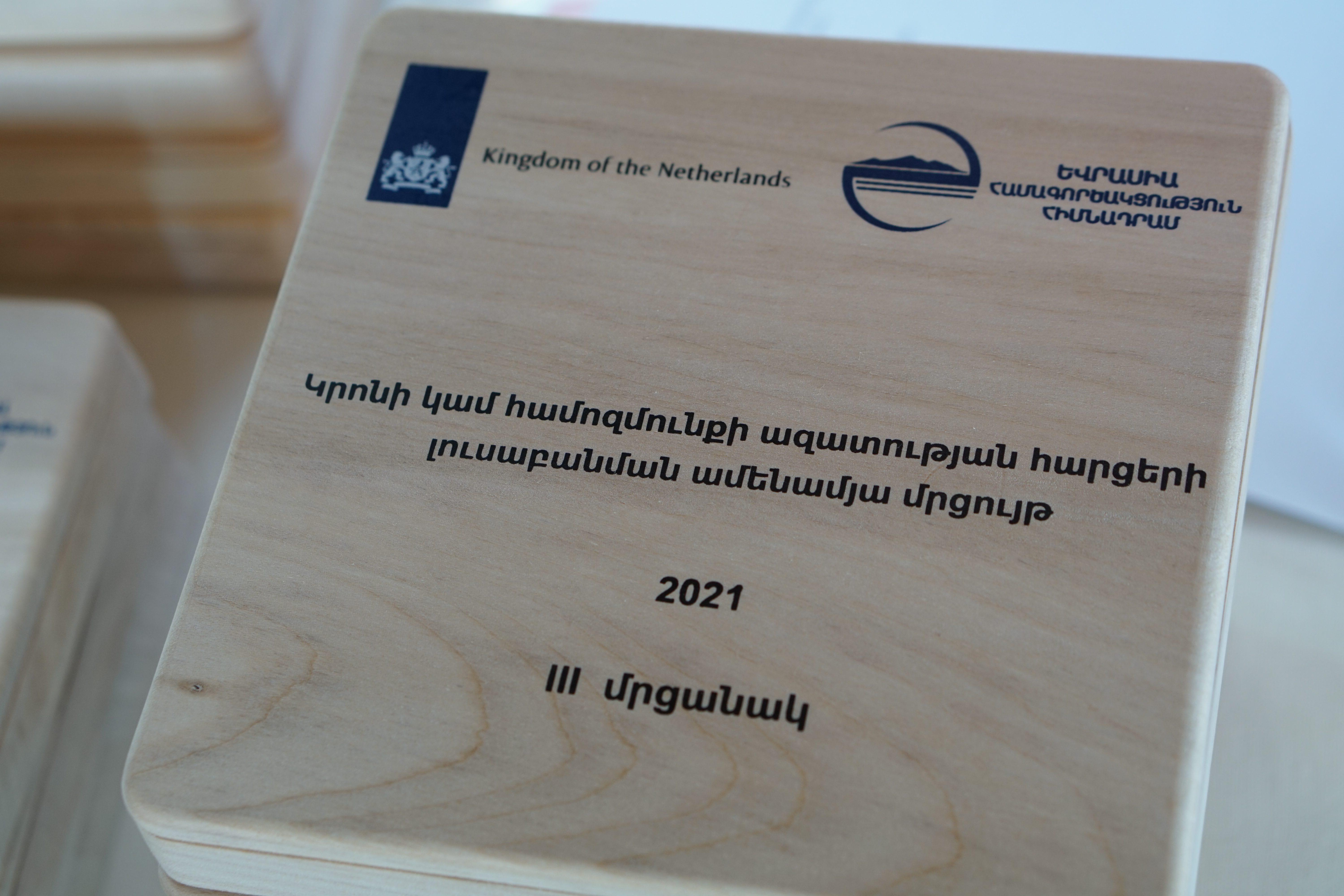 The competition aims at encouraging the balanced and delicate journalistic coverage of tolerance, peaceful co-existence and diversity in Armenia. In its turn, the encouragement will lead to deepened public tolerance and respectful attitude towards minority communities.

On July 6, 2021, during the final stage of the annually held journalistic competition, EPF awarded the authors of nine articles, three of which were encouraging. These awardees were Hovik Mkhitaryan for “Witch-hunt”; Vardan Jaloyan for “Clamor over the Istanbul Convention”, “Peace and Christian Churches”, “We the Brothers, The New Encyclical of Pope Francis”, “The Church of Caucasian Albania: Who Could Claim its Legacy?”; and Marina Satan for “Arpine Nersisyan and Mauro Sorenti, The Love Story of the Armenian-Italian Couple”, “War and Love”, “The Story of Mouhammed Kamal and Ani Hakobyan”. The remaining awards were allocated as two per place.

Sona Martirosyan and Seda Ghukasyan were awarded for their articles, "Native, yet foreigner heterodox people of Yerevan. The boshas" and “Breaking the vicious cycle. Yezidi girls fight for the right to study", respectively

Anahit Harutyunyan and Kushane Chobanyan were awarded with the second prize for their articles, “We lacked the brains and did not do our homework, the thoughts of the children from Artsakh” and “Yet beyond the mountains, there was war”, respectively.

There were two awardees for the first prize as well: Janna Poghosyan was awarded for her article entitled “I swear, I don’t speak Armenian, or, a day of 22-year old Iraqi Alaa’s life in Yerevan”, while Ani Nazaryan and Aghabeg Simonyan were awarded for their article “Serena Al-Hajj: Religion is a choice”.

The prizes were handed by invited special guests, particularly, by the Ambassador of the Netherlands to Armenia, Nico Schermers, the Human Rights Defender, Arman Tatoyan, as well as partners and beneficiaries of numerous international organizations.

Towards Sustainable Reform: Promoting Freedom of Religion or Belief in Armenia (2018-2021)