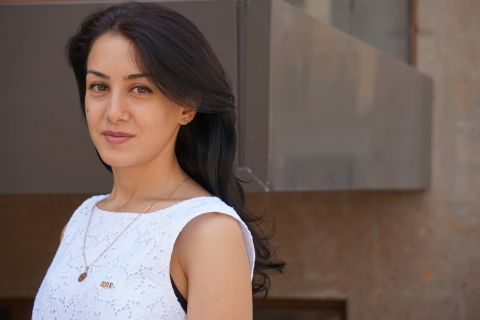 Governments around the world have invested considerable resources in digital transformation for more than thirty decades. Yet, except for digitalization champions such as the United Kingdom, Singapore, Estonia, Australia, and a few others, “digital” remains a challenge for governments and citizens alike in many countries. In most developing countries citizen-centered, intuitive, and accessible digital services are not available to citizens. The digitalization of public services was implemented mostly from the government side—based on internal administration and bureaucratic processes. Instead of considering citizens’ needs and service-request processes, these digital services are designed from the logic of service provision by the government. As a result, various services such as obtaining documents relating to birth, healthcare, education, and marriage cannot be done seamlessly through automated delivery. This is inefficient, inconvenient, and costly.

The spread of the coronavirus has increased the importance of digital tools and e-services, as many people need access to various public services during their government’s lockdown. The increased demand for digital public services has made digitalization challenges more evident. Governments should focus on providing platforms for the growth of the digital economy and benefit of society, as well as enabling the models for the safe and modern application of technology to serve the population.

Now more than ever, information and communication technology are used to reduce costs, improve productivity and service delivery, engage customers and citizens, and create new value and jobs. Yet, many countries are slow to apply this to their national development strategy and change the way their government works as well as specific industries and businesses. Learning from advanced economies (such as Singapore, the United Kingdom, and Australia) is vital for the countries that have little “legacy” technologies. The opportunities for these countries to leapfrog are stronger when mindset shifts happen within the government and among the citizens. Living in a digital age means that technologies such as cloud computing, mobile services, big data analytics, and AI must have sufficient and sound foundations and be accompanied with adaptive leadership, governance, skills, institutions, policies, and regulations.

Governments need to focus on specific technological capabilities in order to put citizen-centered service delivery and data-driven decision making among the core objectives for improving public administration and boosting the digital economy. Public-sector modernization creates endless possibilities for governments to improve the economic situation of their country. It cannot be done in a day, but it should be carried out in a rigorous manner by considering international best practices and initiatives such as the GovTech Global Initiative, the Tallinn Declaration on e-Government, and the EU e-Government Action plan 2016-2020.

In a healthy democracy, digital transformations need to become more citizen-centered in order to foster trust between the government and the people. Governments must forge strong communications and focus on reaching vulnerable communities with the crucial information they need. They can start by making digital literacy, individualized services, and digital accessibility the focal points of their digital transformation. Meanwhile, demand plays major role in digital transformation: citizens’ demand for increased participation in decision making, as well as for more and better digital services, leverages digitalization and makes the process more citizen-oriented.

Demand is directly associated with digital literacy and access: digitalization should be a crosscutting dimension in most sectors—such as education, healthcare, social services, and infrastructure—in terms of making good quality connection accessible and affordable. A digitally skilled population contributes to the faster transformation of the government. While digital skills require long-term investment, the direct benefits of advancing them are felt in all spheres of life, and in the overall economic development of the country. Citizens can gain these skills through self-education, e-learning, and training in various education centers, qualifying them to be employable as high-skilled labor. However, in order to avoid a digital divide based on geography, gender, and age, governments need to invest considerably to promote STEM (science, technology, engineering and mathematics) education opportunities, media literacy, and digital skills beyond formal education.

The best practices of digitalization champions such as Singapore and Estonia, indicate that individualized and targeted public services can be designed around the life events of the citizen in order to enable their intuitive and automated delivery without the need to approach the government in person. For example, instead of waiting for the citizen to approach the government agency to register the birth of the child, hospitals can register it automatically when they update the health-profile of the mother. The parents can have joint access to the profile of new-born to input name and other relevant information. Similarly, the data held in the system allows the various government agencies to utilize the information effectively. Using the birth registration, they can estimate the demand for medical services, or plan pre-school and school admission. This will radically improve the life of citizens and increase the efficiency of government.

Inclusiveness and accessibility to digital services should be made reality by default so that every citizen can easily use public services. This means prioritizing the requirements of people with particular needs, such as the elderly, people with disabilities, and those with only a smartphone for Internet access. Thus, government agencies should pay extra attention to mobile friendliness as a key functionality. Meanwhile the needs of people who are not connected at all need to be studied. The main reasons for the percentage of population not using Internet vary from one country to another, yet are generally associated with high costs of connection and devices, as well as lack of skills and the willingness to be connected. A focus on these challenges can have multiple beneficial effects, such as cutting the digital divide and gender gap, as well as creating investment in national media literacy and digital skills to empower people and communities.

The process of digitalization is a never-ending process. New structures and public services emerge, and citizens and agencies produce more and more data to be stored, organized, and analyzed. In most countries, this ever-changing process creates a jungle for citizens in which public-service delivery is not simple or intuitive. Governments need to rethink and redesign public services by putting the citizen at the center and improving their experience. A comprehensive and ambitious digital agenda can play a major role in fostering radical improvements in the way that government works, and the economy performs.

Contemporary Issues of Freedom of Religion or Belief in Armenia, Georgia and beyond Regional Conference took place in Yerevan
Nikol Pashinyan. Guaranteeing the preservation of national, religious minorities’ identity in Armenia is a matter of principled approach for the Government
Mikayel Hovhannisyan elected as coordinator of EaP CSF WG1
Women Can Bring Peace to Nagorno-Karabakh. Anna Ohanyan
04-2019