Firdus․ The Memory of a Place Book

The idea of this book was conceived several years ago, when in the very heart of Yerevan till lively trade went on in the market, which occupied the whole Firdusi Street. Unlike other parts of the city center, the neighborhood and the market, which the locals simply called Firdus, differed in its architectural forms and life forms, typical of neither the Soviet rigor imprinted in the straight lines of central highways, nor the post-Soviet ambitions growing in the form of multi-storey giants from the center to the suburbs of the city. Firdus was and still remains  a place where the ideas about folk architecture and everyday life of  Yerevan residents are accumulated. The memory of this place indicates that there have always been very different people of professional, religious or ethnic identity among them. But all the differences always merged into one thing, their house, which was very close or even adjacent to the other similar houses.

This book has been produced with the assistance of the European Union within the framework of the “Peacebuilding through Capacity Enhancement and Civic Engagement” (PeaCE) programme. The contents of this book are the sole responsibility of “Cultural and Social Narratives Laboratory” NGO and can in no way be taken to reflect the views of the European Union, or any of the implementers of the PeaCE programme including EPF-Armenia, EPF-Azerbaijan, International Alert and CRRC-Georgia. 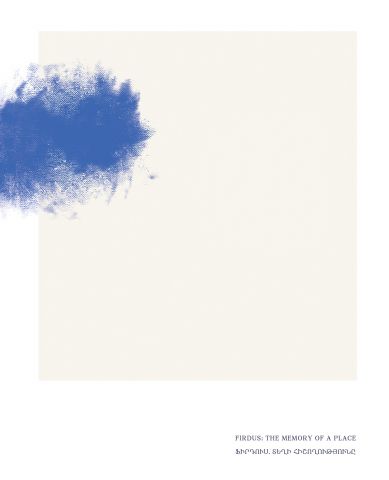