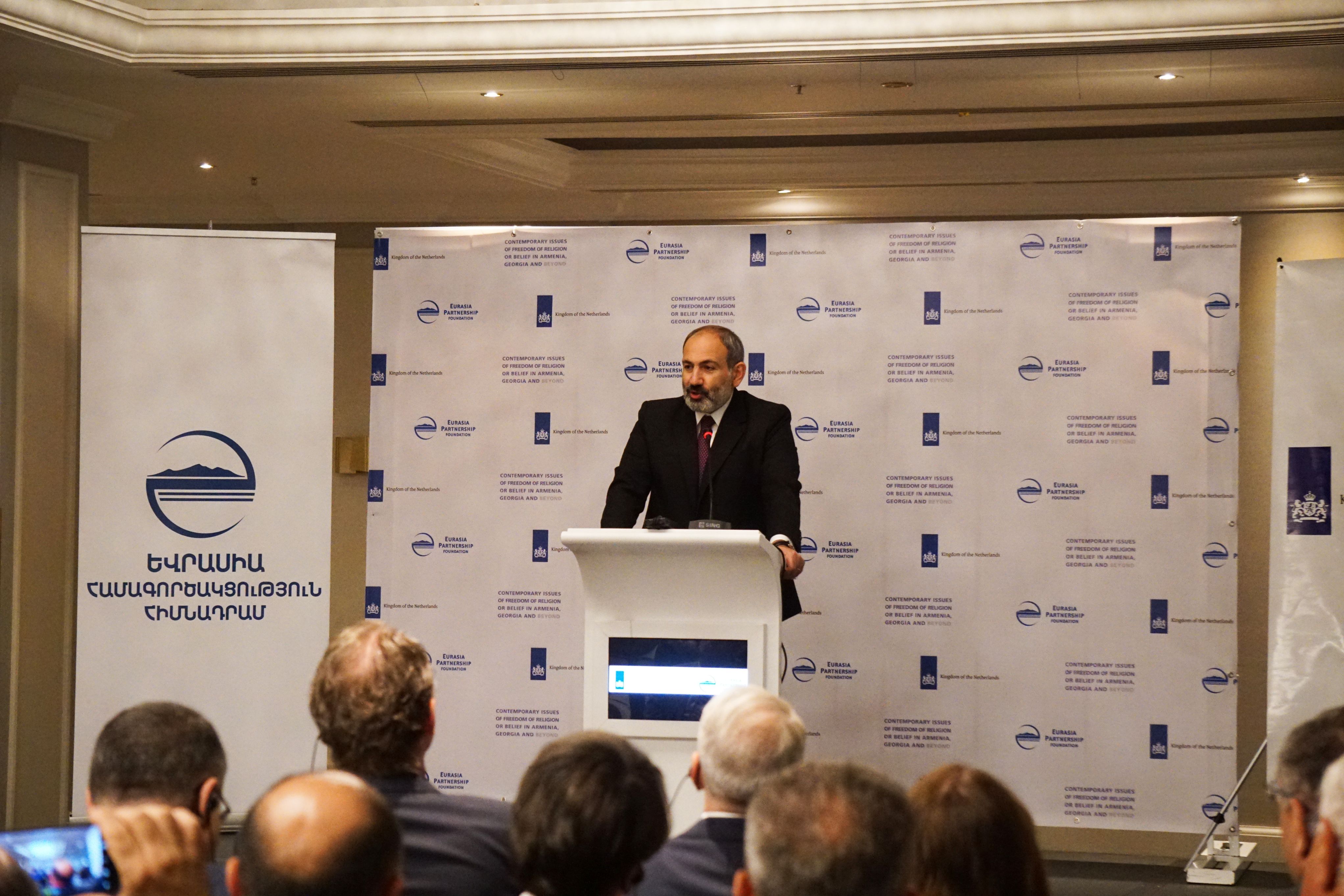 On May 24 2019 the regional conference Contemporary Issues of Freedom of Religion or Belief in Armenia, Georgia and beyond took place in Yerevan. The Conference aimed to provide a platform for key stakeholders to discuss the situation and developments of FoRB from different perspectives, to strengthen Armenian-Georgian ties and promote international cooperation.

The Conference focused on issues of freedom of religion or belief and consisted of the following sessions:

The conference was organized by EPF with the support of the Kingdom of Netherlands,  in the framework of "Towards Sustainable Reform: Promoting Freedom of Religion or Belief in Armenia 2018-2021" program. This is the second regional conference organized in Armenia.

Prominent experts in the field, such as the UN Special Rapporteur on FoRB, Ahmed Shaheed (video message), OOSCE/ODIHR Senior Adviser on FoRB, Kishan Manocha, UN OHCHR Senior Human Rights Adviser for the South Caucasus Vladimir Shkolnikov, Council of Religions adjunct to the Public Defender of Georgia Beka Mindiashvili, Director of Tolerance and Diversity Institute in Georgia Mariam Gavtadze, Deputy head of the Standing Commission on Education at National Assembly Hovhannes Hovhannisyan and other specialists facilitated and spoke at the Conference.