Towards a Civics Advancement Measurement Tool

The subject which comes closest to citizenship education, or Civics, taught in Armenian schools is ‘Social Science’ (հասարակագիտություն). In fact, the translation is not entirely correct. Հասարակագիտություն actually corresponds to the Russian word Обществоведение (knowledge about society or theory of society). This was the title of this school subject during Soviet times. Social science, on the contrary, is in Armenian սոցիալական գիտություն (ներ) – social sciences. The current version of this subject does not contain any references to Marx, Lenin, or Communism, and, as the analysis of the Consortium demonstrates[1], the new Criteria that will be adopted for its teaching correspond to the needs of Civic education almost fully, if not precisely. What is lacking is a methodology on how to develop its teaching curriculum (even the Criteria are still in draft form); how to train teachers according to the new criteria; and how to mainstream the Civics approach throughout other subjects of the curriculum. Schools have freedom to build their own curricula within certain constraints. However, if a fast and decisive approach is not undertaken, they are likely to stay with the old ways, only superficially adapting to the new criteria. The difficulty is also the fact that the new reform has adopted the concept of competences as its main change of direction. This is a modernized approach to the school reform. However, there is no consensus – either in Armenia, or globally - on how to measure competences, and particularly the civic competence. There is not even an agreement on how to define competence. Moreover, Noam Chomsky, a major influencer of modern linguistics, distinguishes competence as separate from performance (e.g. the linguistic competence compared to the linguistic performance). Meanwhile the aim of the reform is to educate the young to become capable of acting as well-informed citizens as well as professionals, and their competence should not deviate noticeably from performance. 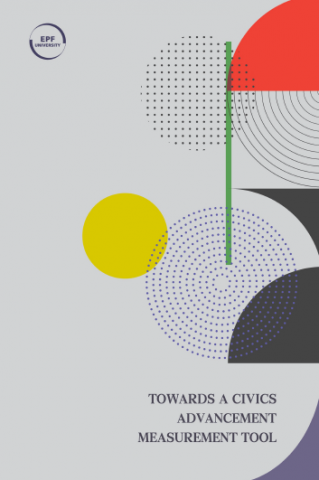