Tolerance in Armenia Today: The Perspectives of Religious Tolerance

The study consists of two parts – theoretical and practical. The theoretical part makes use of the approaches to tolerance, particularly religious tolerance, advocated by modern theorists. The practical part consists of the results of fieldwork conducted in Yerevan as well as the marzes of Gegharkunik, Shirak and Lori. Twenty two indepth interviews were conducted with representatives of different social groups, particularly religious groups.

Ten focus groups were conducted with journalists, medical doctors, educators, psychologists, political and civic activists. Key informant interviews were conducted with 15 experts, particularly specialists in religious studies, ethnic studies and political science as well as active politicians and representatives of state institutions, particularly those officials in judicial bodies who are well informed about the legislative changes relating to religious organizations or those who have had first-hand experience of religious tolerance issues in their professional work. The study has used the results of discussions on the changes to the Law on Conscience and Religious Organizations. The laws, decrees, television programs, articles and blog entries relevant to the issue have been analyzed. The Yerevan Press Club has conducted a media monitoring exercise as. 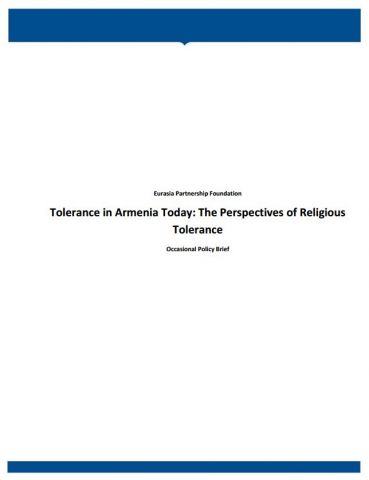