The survey of the Turkish press covers five daily newspapers: Hurriyet, Sabah,  Radikal, Yeni Safak and Zaman. On the one hand this choice is quite obvious: these five titles represent main groups and tendencies of the media in Turkey. They also cover “main stream” and smaller, so‐called “serious” titles. On the other hand, the choice requires explanation in the sense that it excludes certain titles that cover the Armenian‐Turkish relations and the Armenian issue more often and might yield more “typical” headlines, i.e. the newspapers Yeni Çağ and Ortadoğu associated with the ultra‐nationalist MHP (National Action Party) or Akit/Vakit which is an independent, vocal and angry Islamic daily. 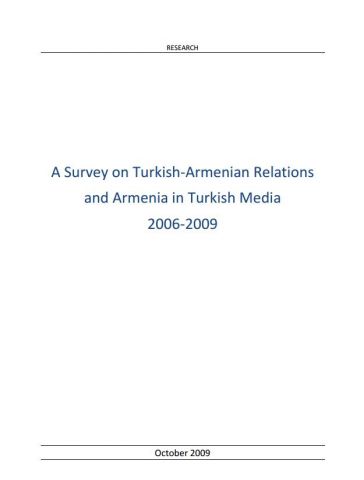