Media is a powerful tool for shaping public opinion. It also has the potential to build confidence across existing fracture lines by covering a wide spectrum of issues, relying on a bigger range of sources for stories, representing the voices of the non-elite as well as the elite, and consciously eliminating bias from coverage. However, without accurate and unbiased information free of negative rhetoric and stereotype, Armenians and Azerbaijanis will continue to see themselves as enemies without any commonalities.

To address these issues, EPF’s Armenia-Azerbaijan Media Bias program combined focus group-based research on public perceptions about media bias with training for 40 television, radio, electronic and newspaper journalists and editors in each country. There were two separate media monitoring assessments to measure changes in bias and to further document the types of inaccuracies that frequently occurred and an innovation fund to launch small, cross-border pilot projects addressing issues of bias. EPF worked closely with the program’s four core partners: Yeni Nesil (Azerbaijan), the Yerevan Press Club (Armenia), Internews-Armenia and Internews-Azerbaijan.

The program commenced in June 2008 with grant contracts concluded between EPF in Armenia and Azerbaijan on the one hand and the UK Secretary of State for Foreign and Commonwealth Affairs on the other hand.

Who is paying attention to what?

In summer 2008, CRRC teams in Armenia and Azerbaijan held focus groups in both countries respectively and produced a report on public attitudes and trust towards the media, especially, regarding Armenia-Azerbaijan relations.

As a part of the project, media monitoring on the amount of accuracy and bias in mutual reporting in Azerbaijan and Armenia was conducted by EPF’s core partners in Armenia (Yerevan Press Club) and Azerbaijan (Yeni Nesil). Four TV channels and four newspapers were monitored in each country. The first round of monitoring covered the period of Sept. 15-Nov. 15 and the second round covered the period of October 1-31 November 15, 2009.

Please download the reports in English and Russian languages from here:

Arm-Az relations in media of Armenia and Azerbaijan (in English)

Arm-Az relations in media of Armenia and Azerbaijan (in Russian)

The first round of in-country training in self-monitoring to avoid bias, inaccuracy and objectivity were conducted in February 2009 for a group of 20 local journalists to avoid bias and to understand the international best practices on the role of media in conflict areas. Along with other training material, the Armenian and Azerbaijani-translated versions of the report on public attitude toward trust in media, as well as the report on the two-month media monitoring in Armenia and Azerbaijan were also used as reference material during the training. Four Armenian editors and eight Azerbaijani editors joined the last day of training in Yerevan and Baku respectively.

The three-day regional workshop for the select group of the project beneficiaries was held on March 27-29, 2009 in Tbilisi, Georgia. Eleven journalists (out of the 20 who participated in the in-country trainings in February 2009), each from Armenia and Azerbaijan, as well as four representatives of the EPF’s core partners from Armenia and Azerbaijan, and EPF staff from Yerevan and Baku participated in the workshop.

EPF supported two small-scale Armenian-Azerbaijani joint projects. One of the projects was a documentary telling the story of refugees and ex-combatants from Armenia and Azerbaijan. The other film was focusing on clichés and stereotypes.

You can also download Unbiased Media Coverage of Armenia-Azerbaijan Relations One Pager.

External Evaluation of the project was conducted by the Russian specialist Alexey Kuzmin. The evaluation report could be downloaded from here. 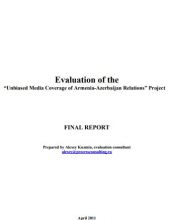 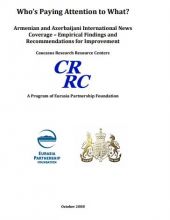 Who’s Paying Attention to What? (CRRC Report)
This report examines media bias as it relates to international news coverage and more specifically the Nagorno Karabakh conflict. 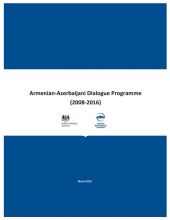 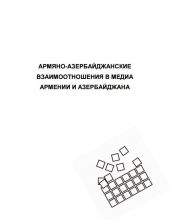 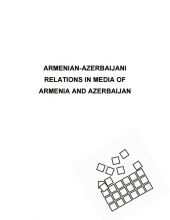 Armenian-Azerbaijani relations in…
The book presents the findings of monitoring 16 media in Armenia and Azerbaijan during three months in 2008-2009.