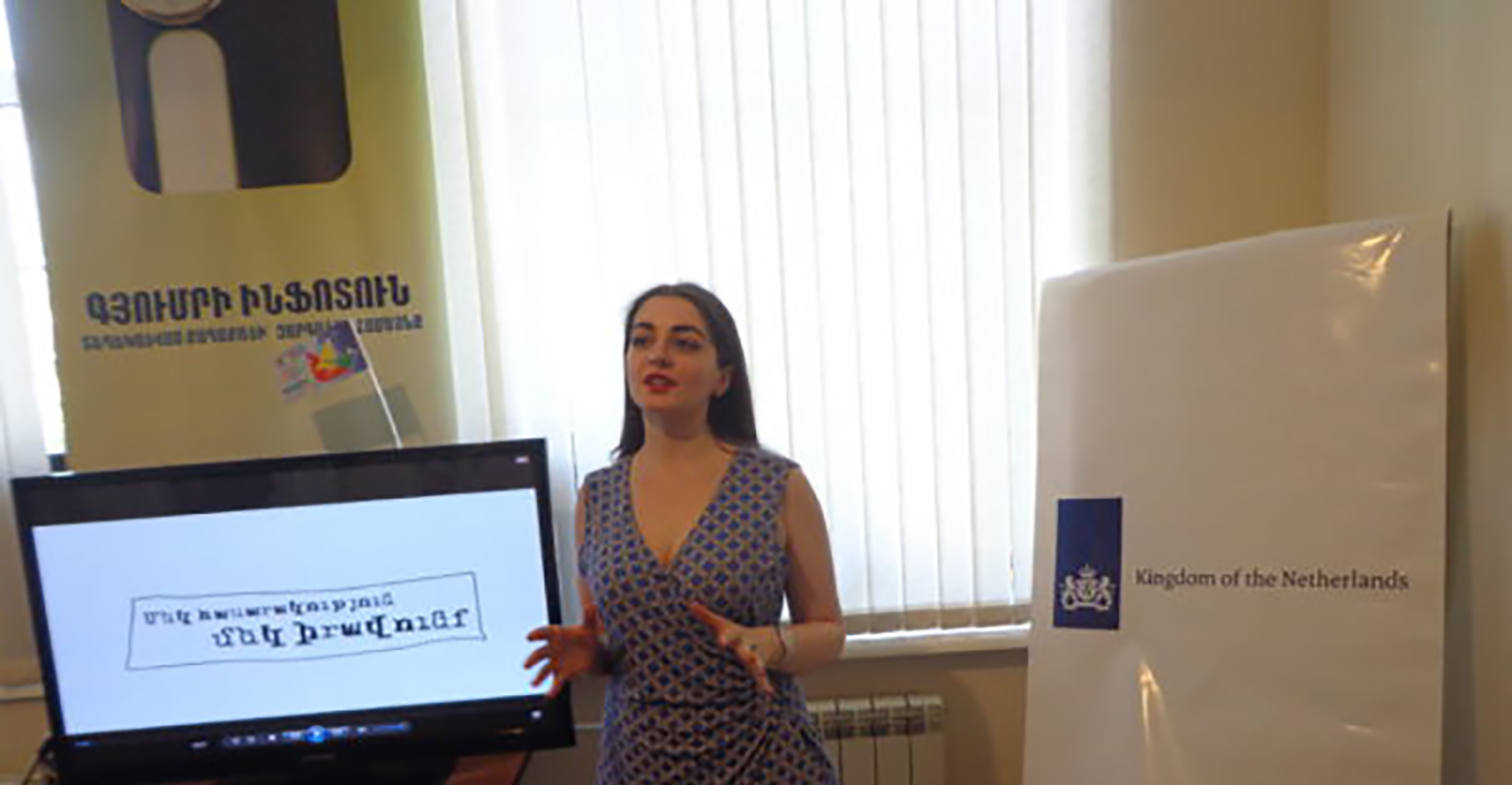 On August 9-10, Eurasia Partnership Foundation (EPF) has continued the series of movie screenings(http://www.epfarmenia.am/en/current-programs/human-rights/educational-film-on-non-discrimination/) and discussions on human rights, particularly, discrimination and (in)tolerance issues in Armenia facilitated by Anush Margaryan, the manager of the “Towards Adoption of Antidiscrimination Legislation in Armenia” project. This time the movie-screenings and discussions were held in Gyumri and Vanadzor Infotuns, where a number of young activists, school teachers, civil society organizations representatives have gathered.

Participants of both Gyumri and Vanadzor Infotuns discussions demonstrated high interest in the movie and shared different outlooks on overall human rights, discrimination and (in) tolerance issues prevalent in Armenia. For example, while discussing the state policy on inclusive education (which implies enrollment of all children irrespective of special educational needs in mainstream schools with a view to realizing their right to education without discrimination and on the basis of equal opportunity) in Gyumri Infotun one of the teachers, while acknowledging the importance of inclusive education, expressed her concerns towards its effectiveness given the lack of state resources in providing accessibility of schools and ongoing trainings for multidisciplinary teams and subject teachers. On the other hand, it was generally accepted that if the state has undertaken an international obligation to provide accessibility of education for every child without discrimination and on equal footing with others there is no excuse in not fulfilling those commitments based on the state budget deficiency.In addition, the majority of participants agreed that despite the lack of an all-encompassing anti-discrimination legislation, the law “On Equality” which is to be adopted by the end of 2017 will serve its purpose only if the mechanisms providing its implementation are in place and there is an atmosphere of tolerance and understanding towards each other. The participants of Vanadzor Infotun discussion not only were interested in the educational movie on non-discrimination itself but also asked questions to the facilitator in relation to current developments of the draft law “On Equality” and anti-discrimination policy in general. Apart from that, they shared their experiences of being discriminated against. For instance, one of the participants, a young woman, told how her car had been stopped once by a traffic policeman who refused fining her for violation of traffic rules saying: “Since you are a woman I am not fining you, have a safe trip”. Another participant shared her perception of discrimination situation in Armenia saying that she feels living in a society where in certain situations: “the Constitution exists and non-exists, violations exist and non-exist, humans are values and non-values”. In view of all participants discrimination and instances of intolerance in Armenia are a result of mass oblivion, which is the primary issue to be tackled in achieving non-discrimination and tolerance.