This research report studies opportunities for Turkey and Armenia in view of emerging opportunities for regional economic integration. Armenia and Turkey are the main foci of our research; field trips have also been conducted in Azerbaijan, Georgia, and Kazakhstan. In particular, our research focuses on economic corridors crisscrossing the region, singling out the Trans-Caspian Corridor or as Turkey calls it, the Middle Corridor, encompassing the countries studied.

Both the report and the fieldwork address geographic and economic possibilities of the region. In doing this, we take a political economy approach. We take stock of changing dynamics in the larger region of Middle Eurasia, where big players i.e. the EU, Russia and the US, have been influential in various degrees in the post- Soviet era. In evaluating the new dynamics, the project addresses the escalating presence of China and to an extent Iran following the lifting of sanctions. China has made a grand entry into Central Asia and has a growing presence in the South Caucasus since 2013 introducing a comprehensive vision of economic development with its ‘One Belt One Road’ initiative. The project rests on the assumption that transformations in the region are not simply top-down and big power initiated but individual countries (including those studied in this project) carve their own visions of economic change and development often challenging, if not contradicting, the visions of big powers. In this picture, the actions of big powers serve to facilitate movements of economic actors i.e. companies both state and private. The governments of countries in the region want a piece of the cake by attracting investments and by gaining access to routes and markets. 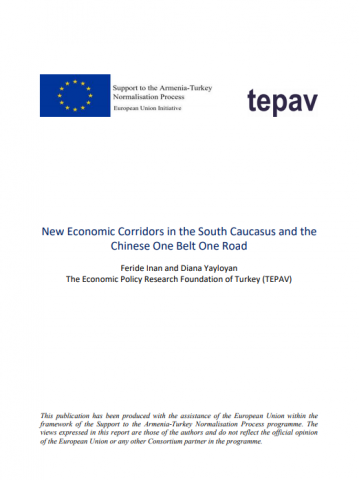