This preliminary report on the tangible cultural heritage of Mush district is the result of a workshop of local and international experts that took place on October 20-25, 2014. The work focused on identifying and assessing the Armenian heritage of Mush district. The structure of the trip was based on previous field workshops; the trip itinerary was organized based on a list of monuments and sites to be visited. During the field workshop the expert group visited these sites in order to prepare a technical assessment. The notes, observations, and recommendations of the participants were then incorporated into a final report.

A previous visit by two of the group members and a detailed study by D. Kertmentjian on the monuments and history of Mush helped the trip organizers to create an initial monument list for the planned Mush workshop. However, since most of the monuments that were mentioned in the historic texts no longer existed, we were not able to identify some of the historic structures we encountered in many of the villages and sites within the limited time available during this field trip. Another limitation was the difficulty in locating some of the monuments, as there were no coordinates available and the mountainous terrain did not allow for a broader exploration.

This report and field visit should be seen as a preliminary study to map the heritage of Mush region, a landscape interlaced with both tangible and intangible heritage that has played an important role throughout its history, standing at the crossroads of a number of civilizations. 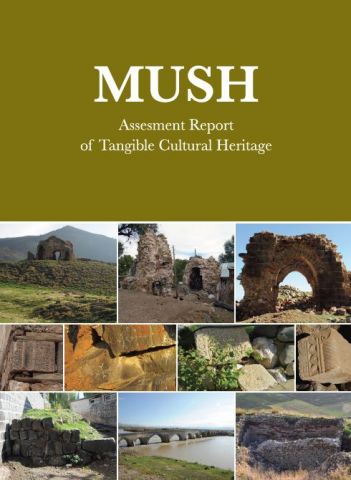