The Clash of Turkish and Armenian Narratives: the Imperative for a Comprehensive and Nuanced Public Memory

It is difficult to give a single, accurate name to the debates and tensions between the Turkish and Armenian peoples. Calling it “The Armenian Question” is quite outdated; one might offer equal justification in calling it “The Turkish Question.” Simply pointing out where the issue lies and what is at stake can be problematic. Are there disputed territories under consideration? Is there control of natural resources to be fought over? Issues of money or property? Diplomatic rows? Commercial ties? Legal cases? Moral or ethical concerns? All of the above may or may not apply. Even the actors of this phenomenon are not always fully clear. Two states exist on the world map today—the Republic of Turkey and the Republic of Armenia. But this is not a classic inter-state disagreement. There are individual Armenians and groups outside of Armenia— the Armenian Diaspora—including an Armenian population within Turkey itself, all of which can claim a voice, to say nothing of other voices within broader Turkish society. There are also Turkish communities outside of Turkey (though not in Armenia). Sometimes the more classic dispute over Nagorno-Karabakh draws in another Armenian population as well as a third state, the Republic of Azerbaijan, into the mix. Regional powers and global hegemons are never far behind.1 This is a complex case. The present study aims at tackling the issue in a broad manner through the prism of narrative. 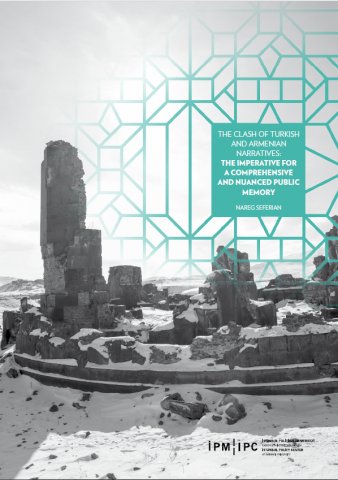