The current publication is a collection of papers presented at the international conference titled “Regional and National Security Dynamics: Armenian-Turkish Relations,” which took place on September 29, 2017. It was co-organized by the Center for Civilization and Cultural Studies at Yerevan State University (YSU CCCS), and the Eurasia Partnership Foundation (EPF).

The conference was organized according to the following methodology: the YSU CCCS researchers were assigned to analyze the state security concepts of the U.S., the EU, Russia, China, Iran, Turkey, Azerbaijan, Georgia, and Armenia. This collective analysis was then sent to experts from each country for review. Then, the researchers and diplomats from the same countries were invited to participate in the conference and present their papers on the same issues.

This methodology enabled the participants to understand what official approaches countries with an active role in the region have. It also delivered these actors’ real perspectives formed by the implementation of Armenia’s national priorities and possibilities, their attitudes and understanding of the term “security” according to their interests. 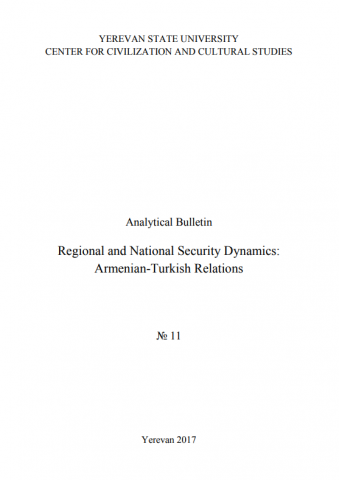