Armenia‐European Union (EU) relations are governed by the Partnership and Cooperation Agreement signed in 1996.

Afterwards,  Armenia was included in the EU Neighborhood Policy, as part of which a five‐year Armenia‐EU joint action plan was developed and approved in 2007.

Under this program, Armenia was obliged to implement legislative and administrative reforms regulating the areas of trade and the economy. Armenia is included in the EU’s comprehensive Generalized System of Preferences (GSP+), which allows all goods of Armenian origin, except weaponry, to be imported into EU territory with either zero or a preferential customs duty. 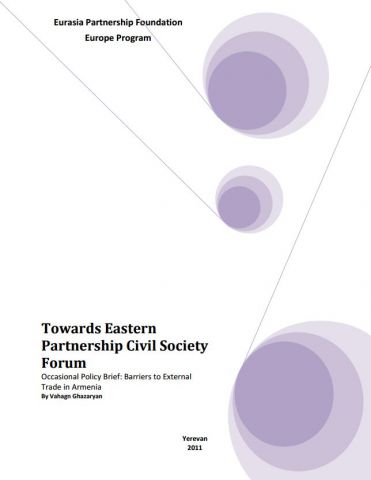